Marc’s a filmmaker and new-media activist at heart. He recently produced and directed segments for Obama’s historic American Stories, American Solutions television special. In 2007, Marc was fortunate to break new ground on HBO’s John From Cincinnati as the first new-media filmmaker embedded into a television series to organically extend the characters and universe of the show online. In 2005, working with Fox Television and Verizon, Marc got to direct 24: CONSPIRACY - the first original mobile series that was created as a spin-off of the hit TV show 24 and was nominated for an Emmy Award. When he’s not creating content or telling everyone he knows about amazing online videos, Marc is hanging out with his beautiful wife and little girl. 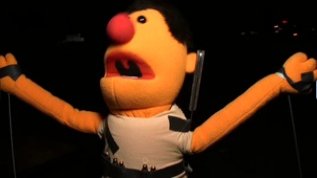 Black 20 knocks it out of the park with this hysterical trailer for Resident Evil 5's Muppet Movie.   Makes you wish that this really was coming soon to a theater near you. 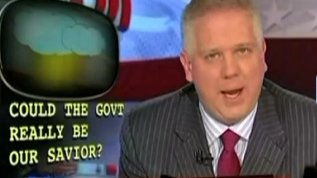 Glenn Beck is one of the few American citizens left who hasn't jumped on the Obama bandwagon, and he proves it in this clip.  It's a mash-up of TV appearances in which Beck uses stunts, emotional rants, and bad acting in an effort to convince us that President Obama is a terrible man and an even worse leader.  Would you say he's a little off base?