Gennefer is an entertainment marketer and digital media executive turned comedy writer, producer and host.  She is currently co-founder of Gross Factor Productions, an independent film and television production company she runs with her husband and writing partner, David. Gennefer has developed several scripted television series, produced multiple comedy short films, an original mobile series and has served as creative director in commercial television advertising campaigns. A creative thinker with a keen eye for quality content and the talent to write and produce it, Gennefer is re-imagining entertainment and harnessing the traditional and digital convergence to create compelling multi-platform experiences. 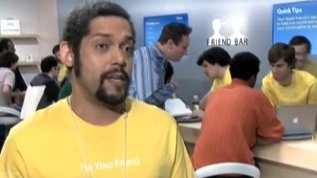 Because normal people's eyes glaze over when diehard fanbois and grrls drone on about their iPhones or other Mac products ad nauseum, Apple created a venue for them to talk amongst themselves. 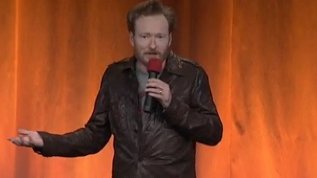 Conan O'Brien and Vic Gundotra (Google's Vice President of Engineering for Google) sit down for a one-on-one chat that's a brilliant cross between Inside the Actor's Studio and Comedy Central stand-up special. It's long, but after you get past the bagpipe opening and into the interview, you'll be hooked. And for the record, I'm still with CoCo.